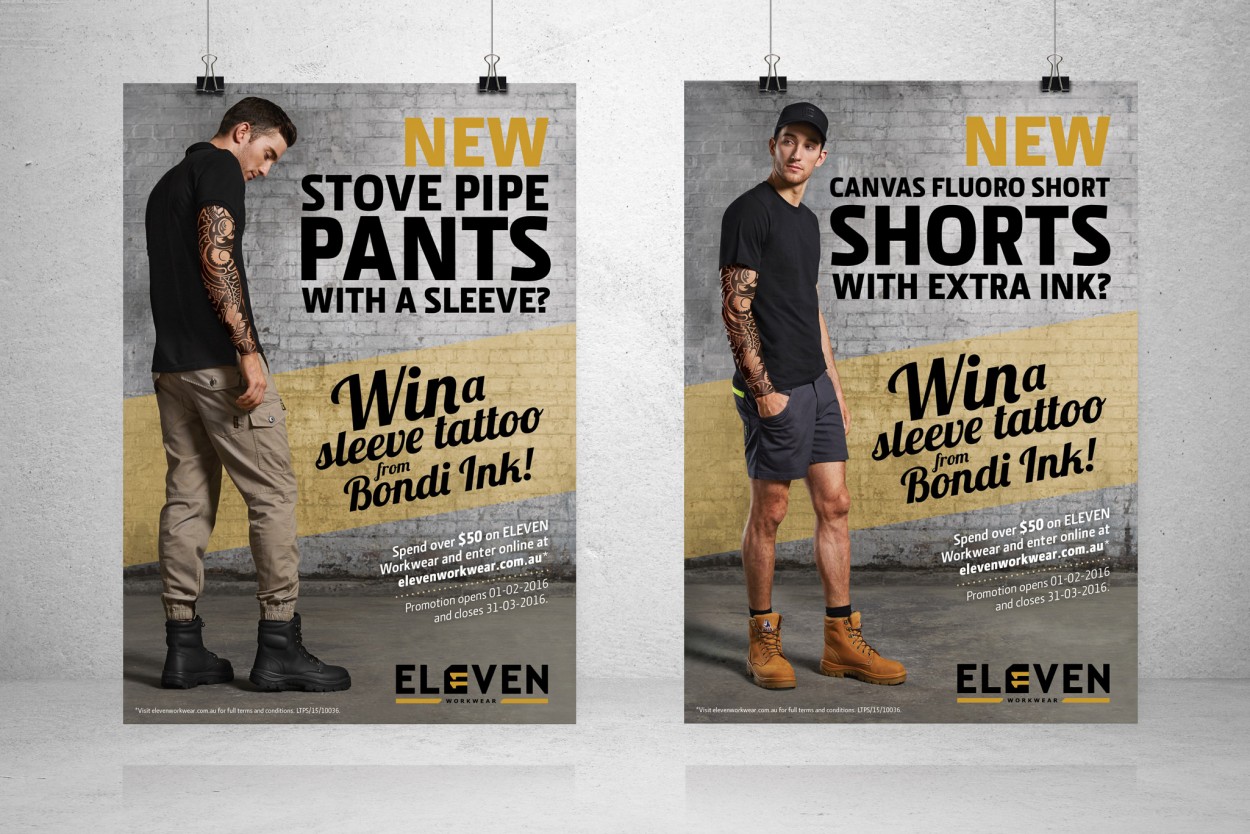 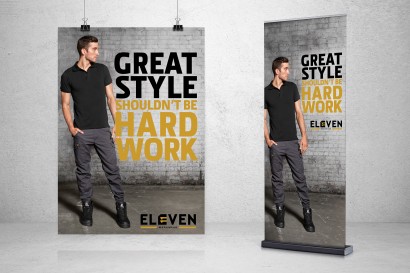 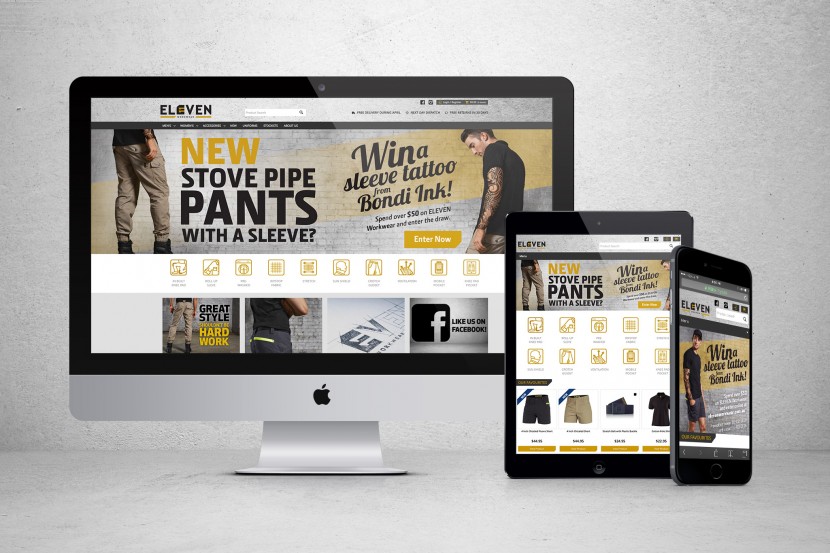 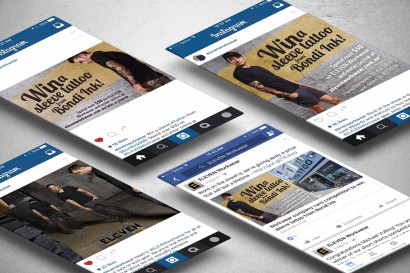 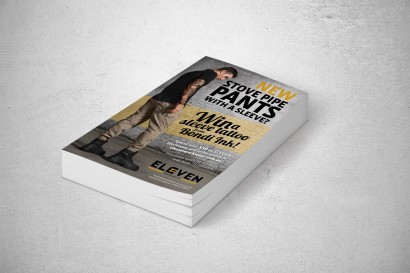 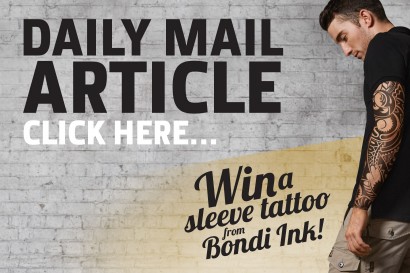 NMG has been working with RSEA’s premium workwear brand, Eleven. For the initial creative, we were asked to come up with a brand focused campaign proposition and then we needed to tie in a promotion that had the same look and feel. The promotion also needed to help launch 2 new Eleven products into RSEA stores.

We developed a unique promotion designed to capture the attention of Eleven’s target market, younger tradies. The prize? A sleeve tattoo (or tattoos to the value of $2,500) from Sydney’s famous Bondi Ink.

Working with our client and their photographer, NMG scouted and selected the location, provided the talent and art directed the shoot on the day. There result was a stunning range of shots that are helping Eleven take their fashion credentials to the next level.

Eleven also chose NMG to do PR and social media for the promotion, making it a truly integrated campaign. Over all, the ‘Win a Sleeve’ promotion was supported by in-store POS such as posters and entry forms, print advertising in trade press, with ads in RSEA’s own catalogue, website banners, eDMs, a targeted media and PR campaign and social posts that included Instagram and Facebook.

We now have a winner so check back to see how the final Bondi Ink tattoo looks!