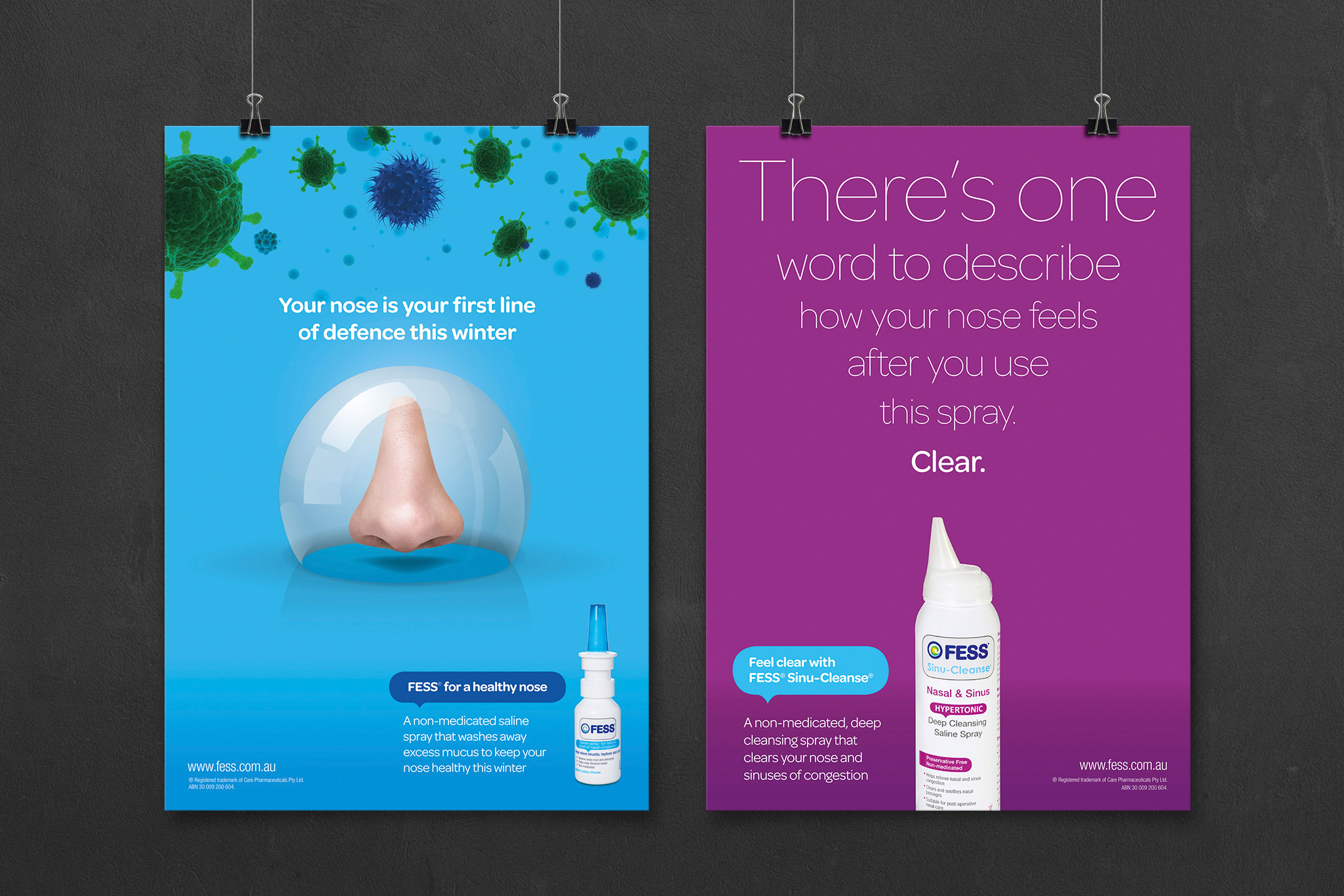 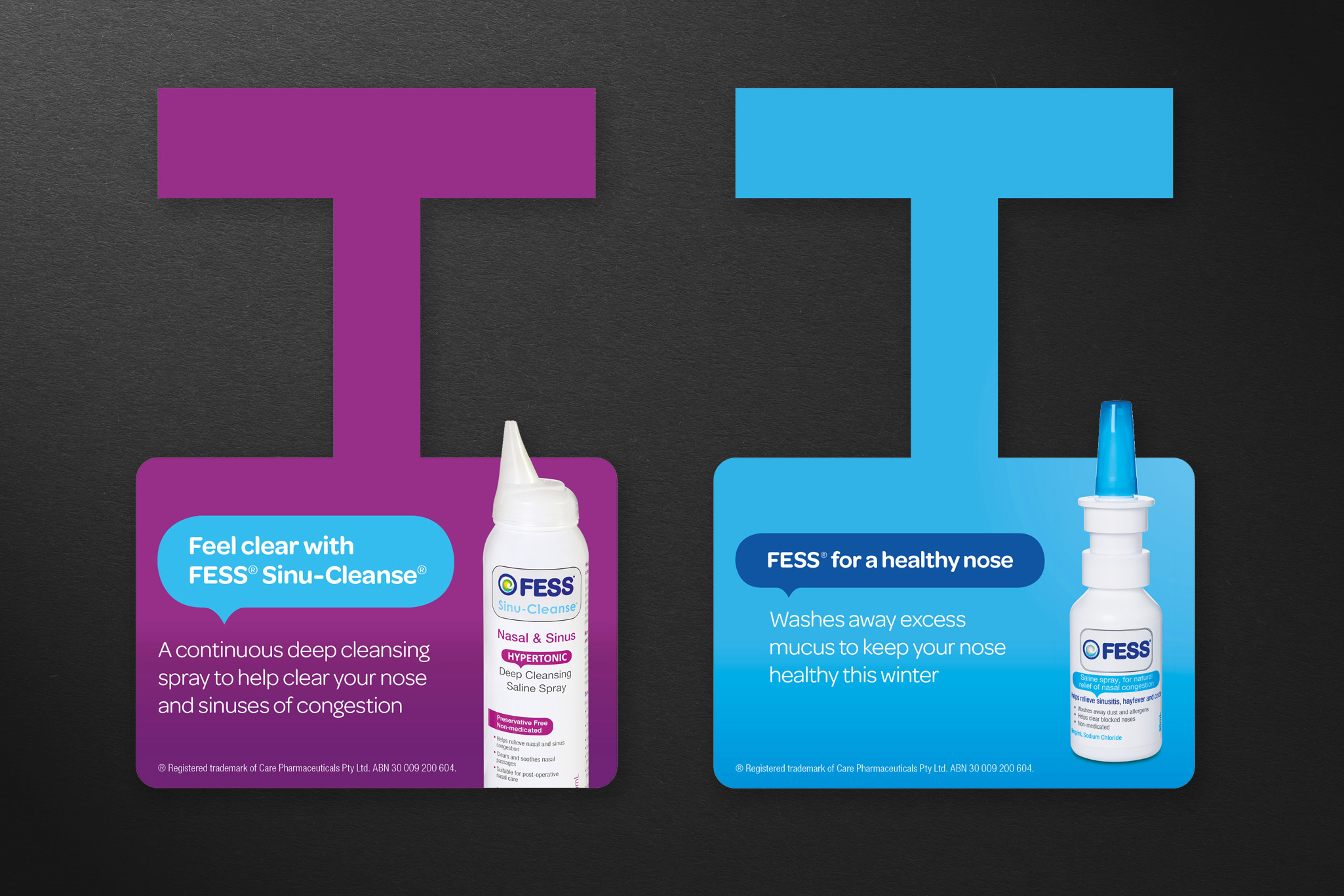 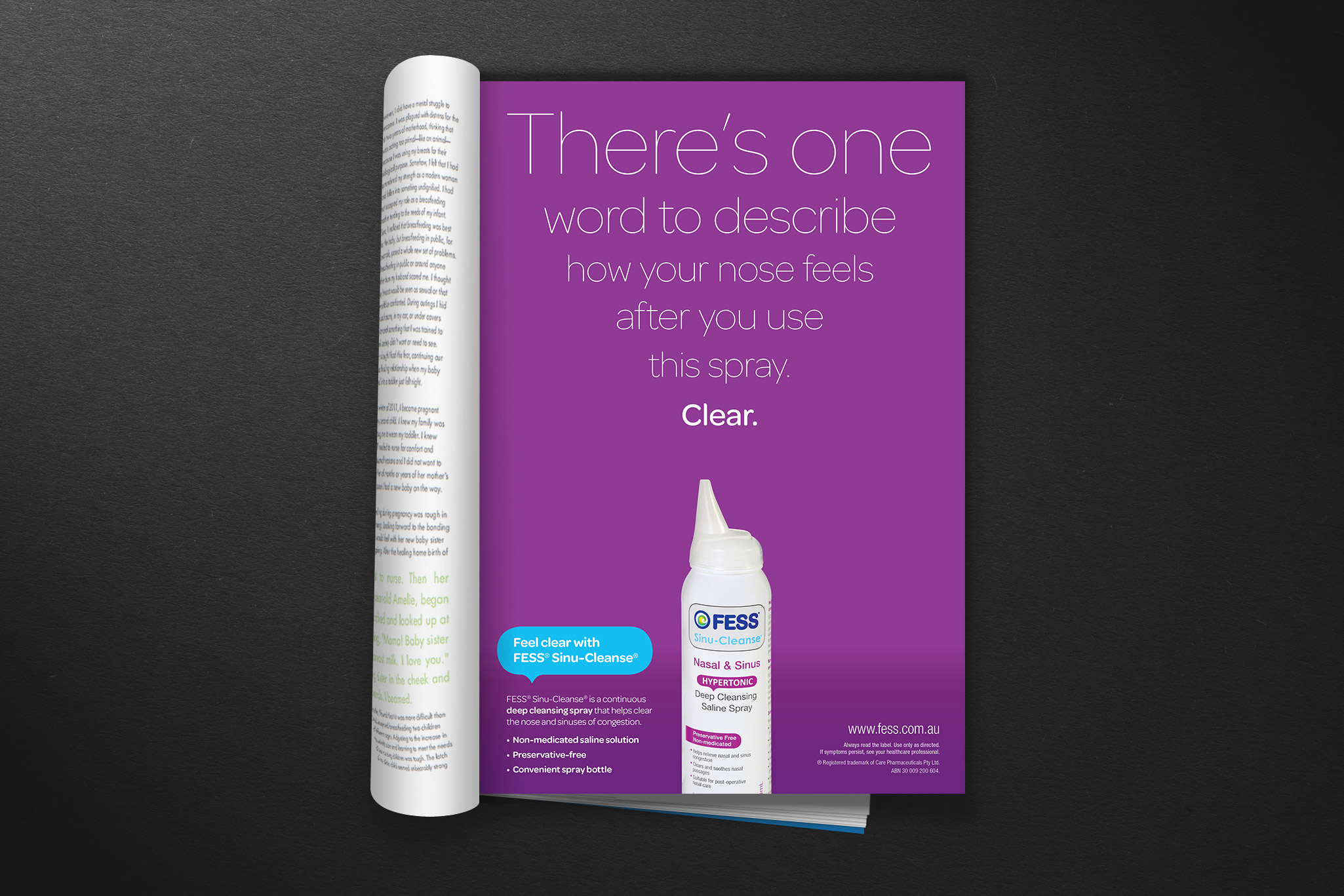 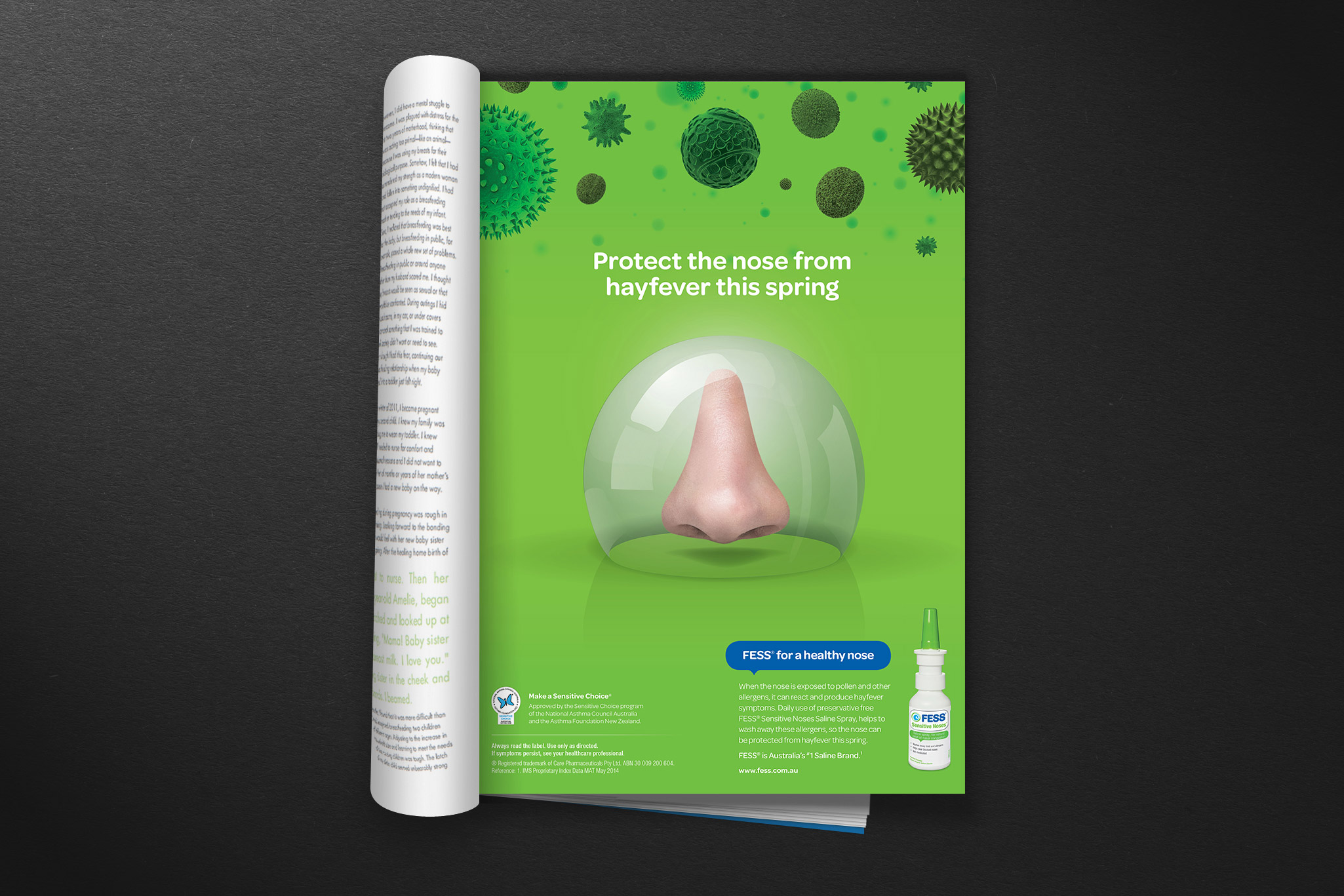 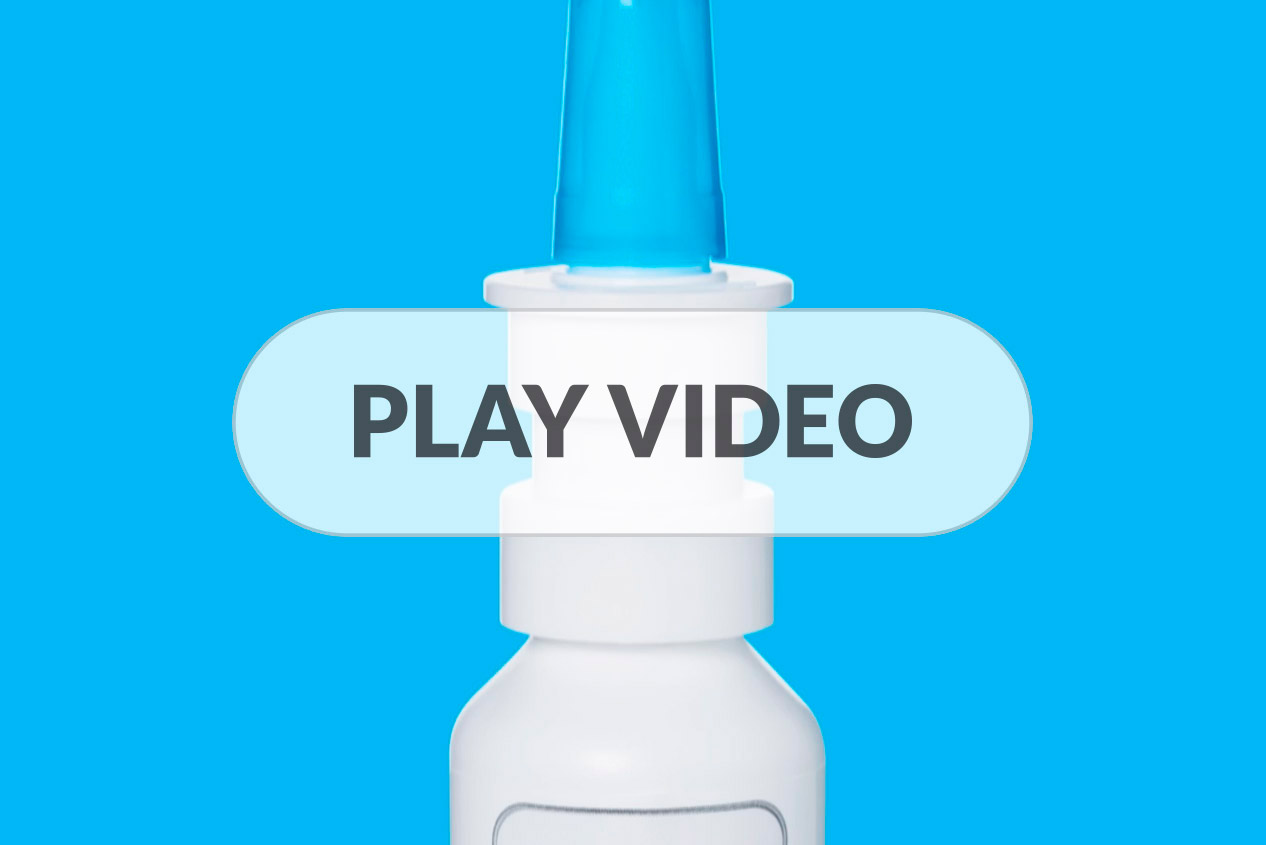 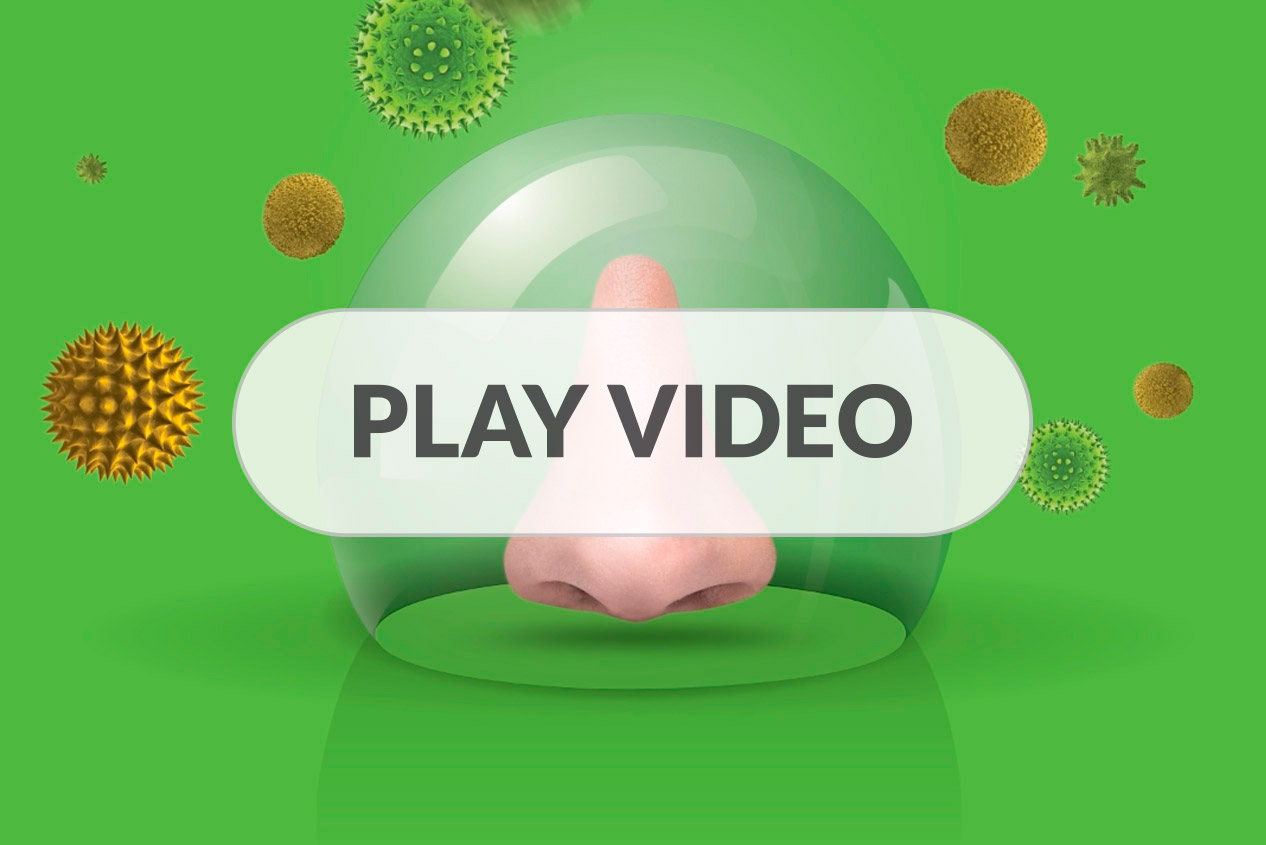 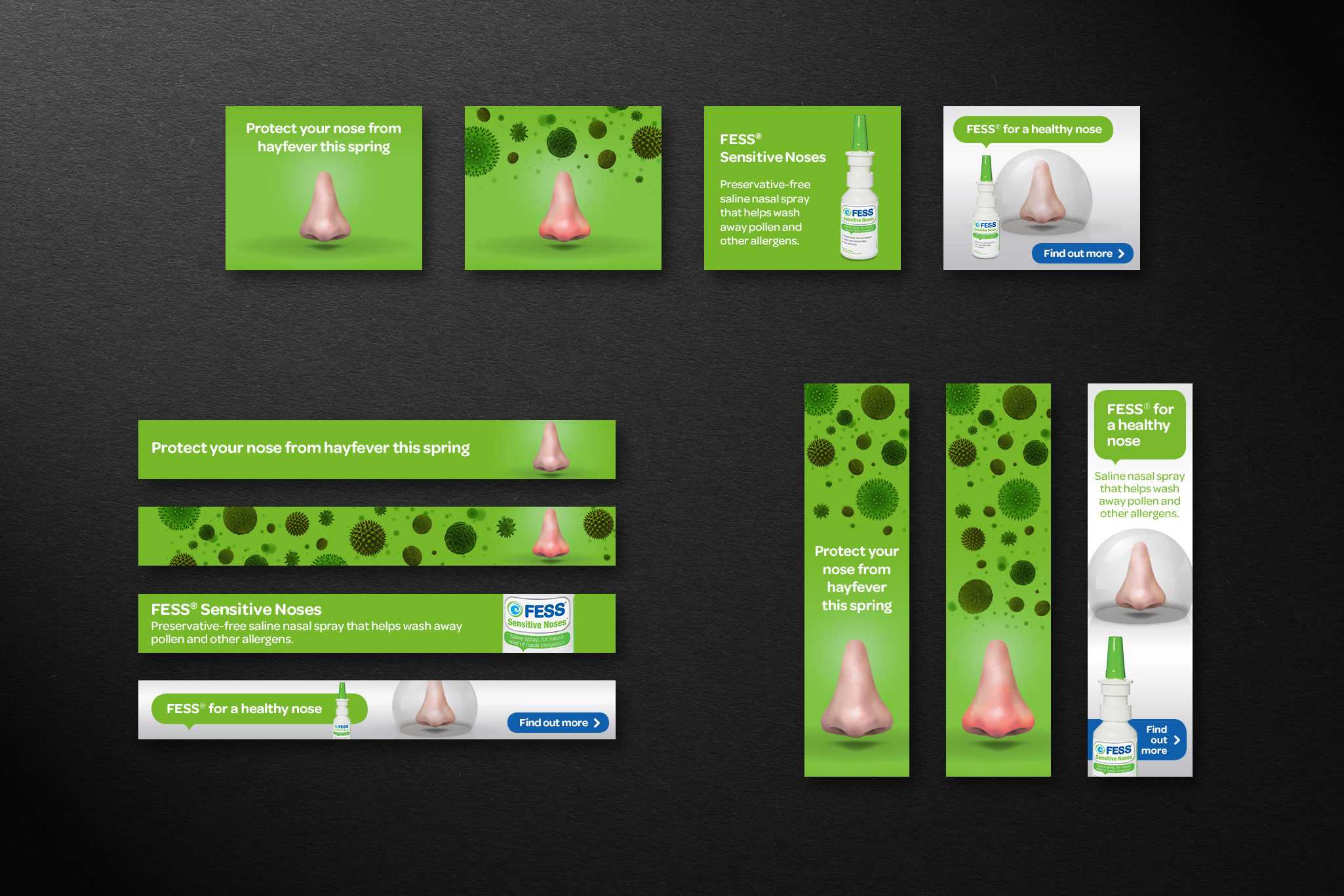 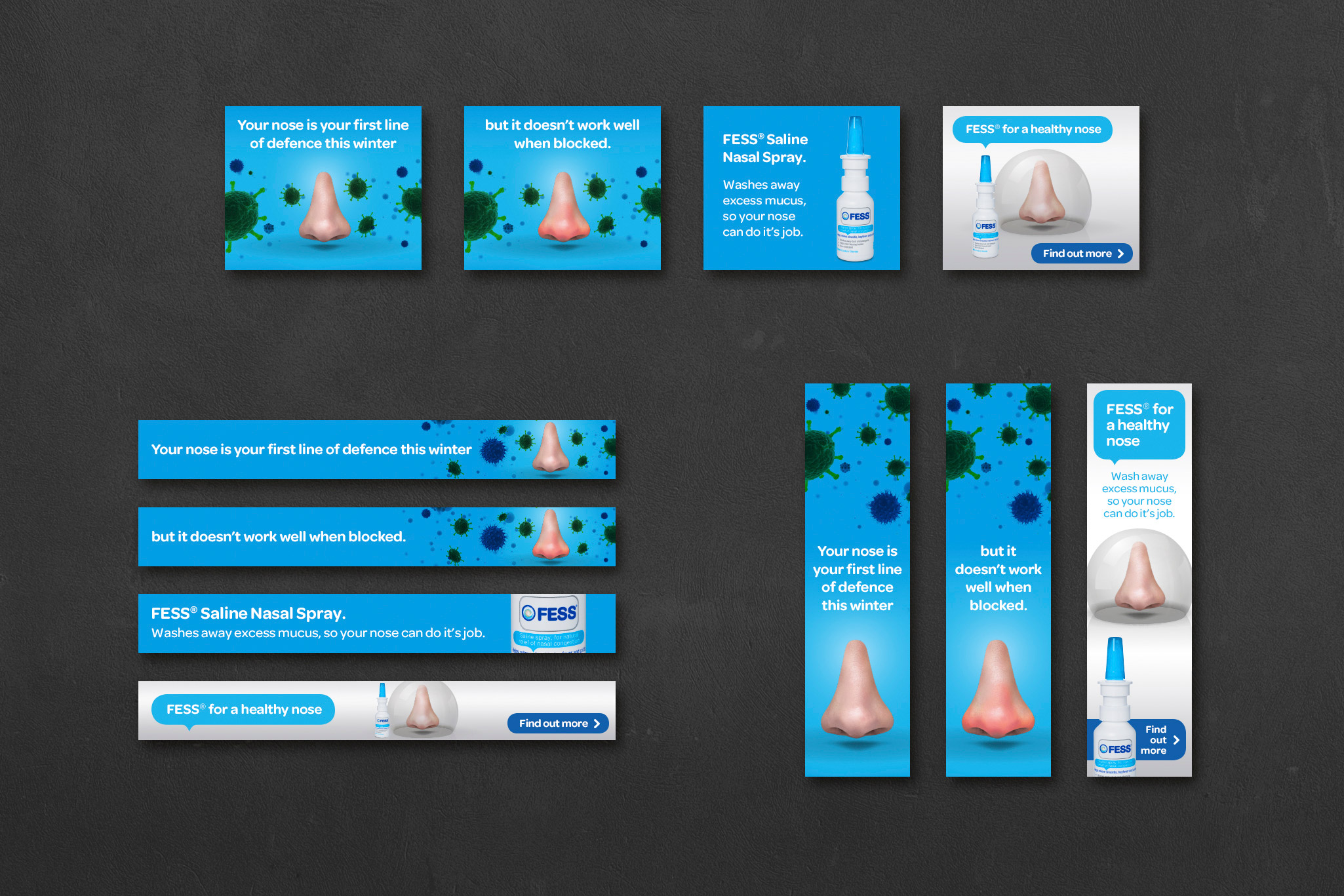 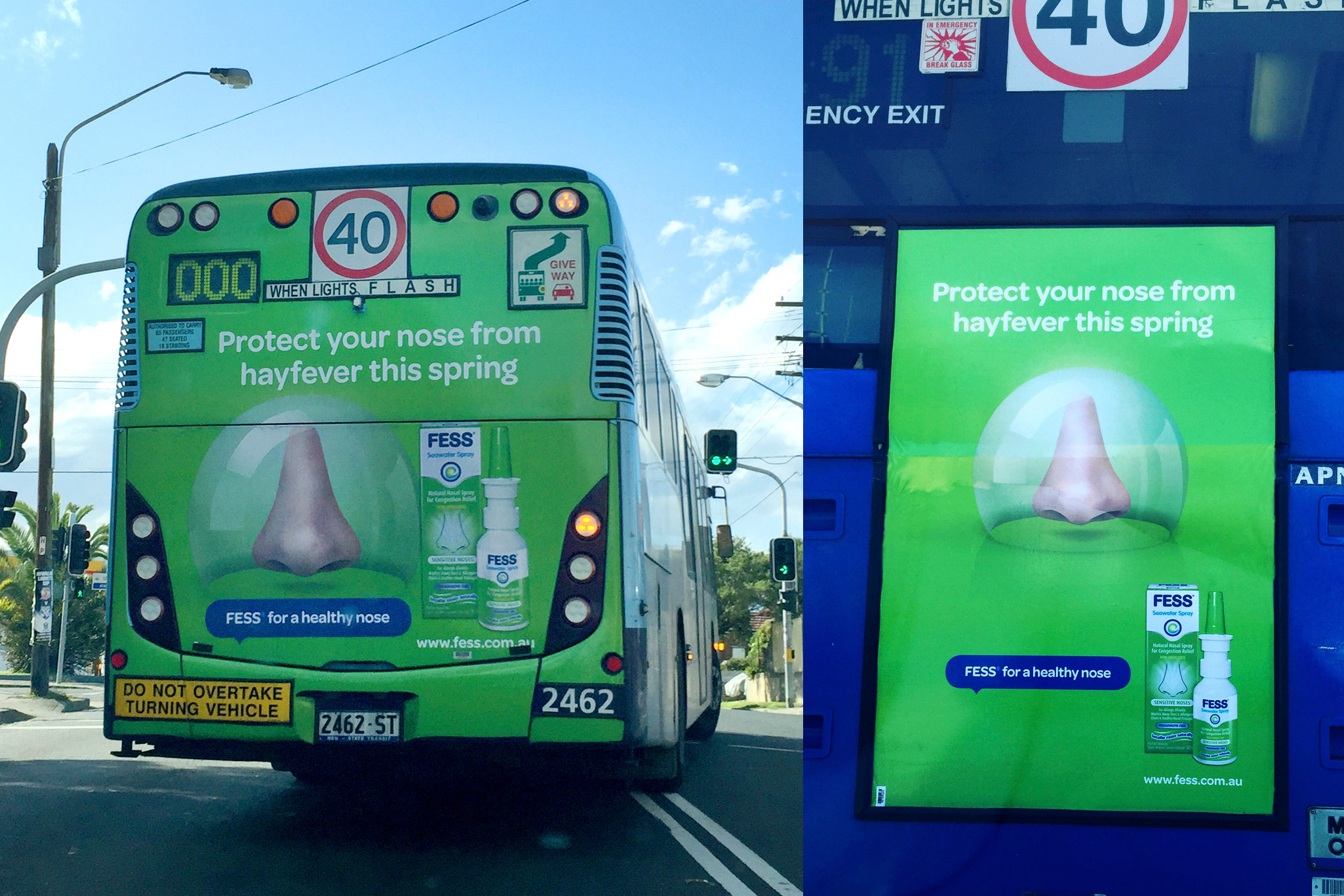 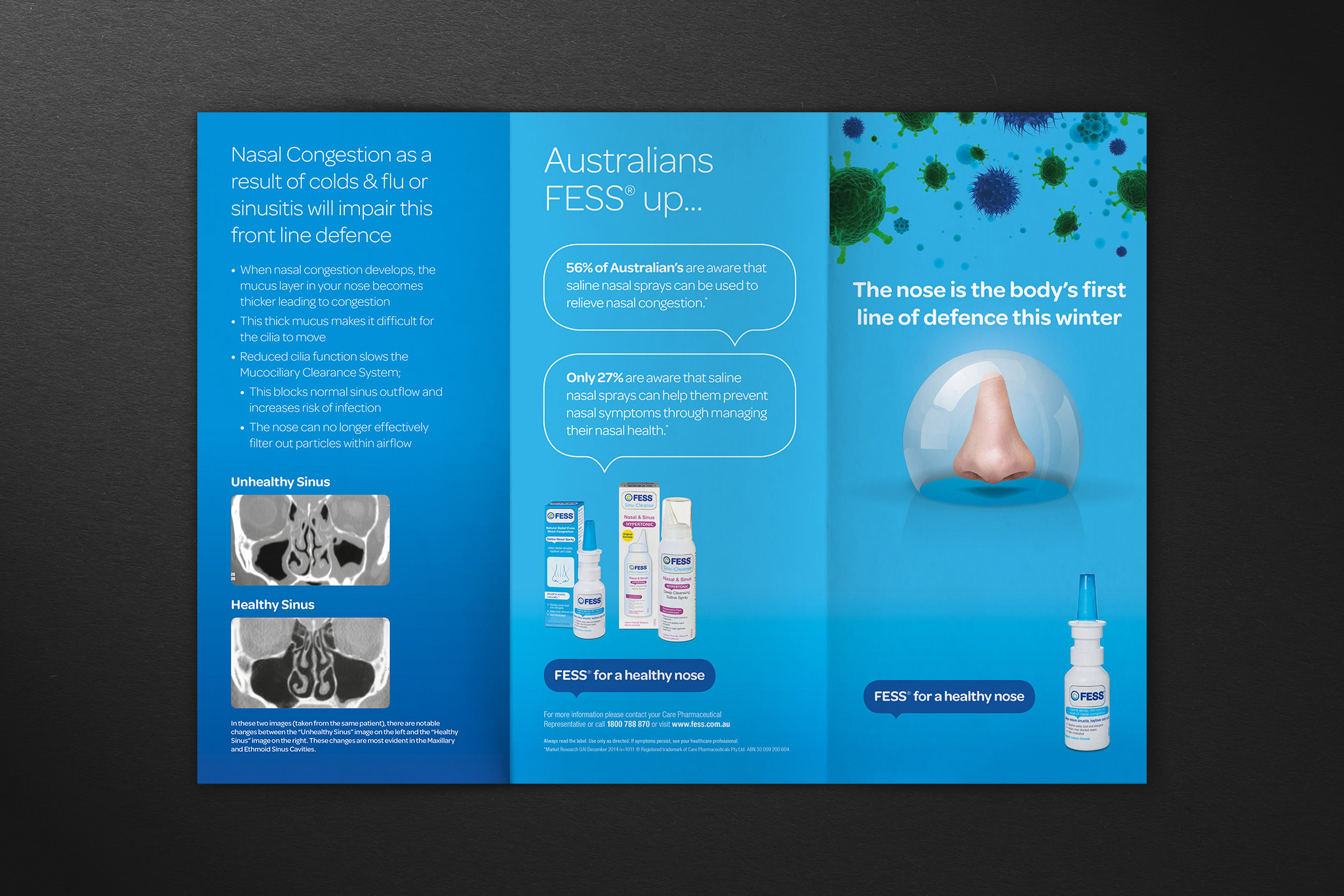 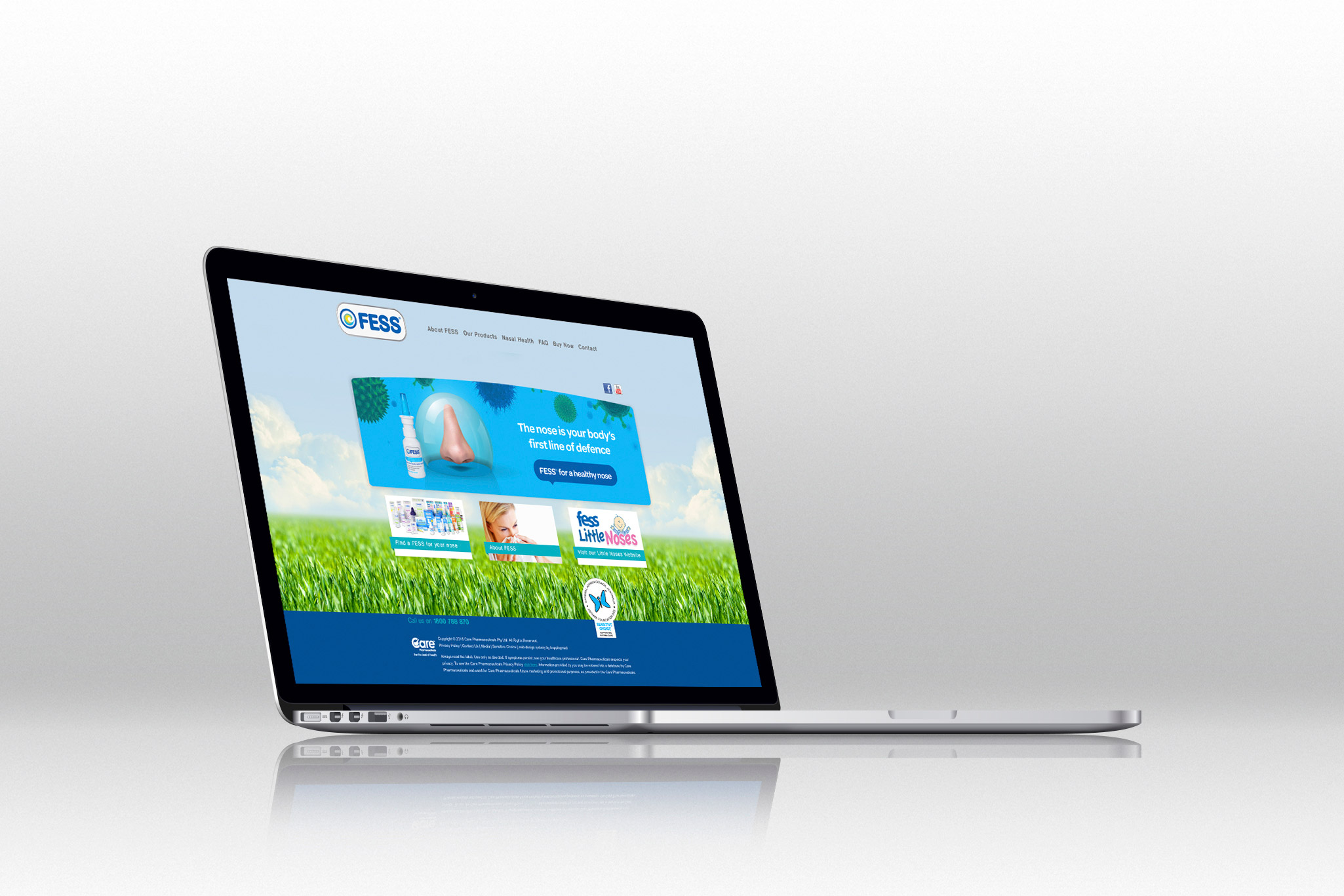 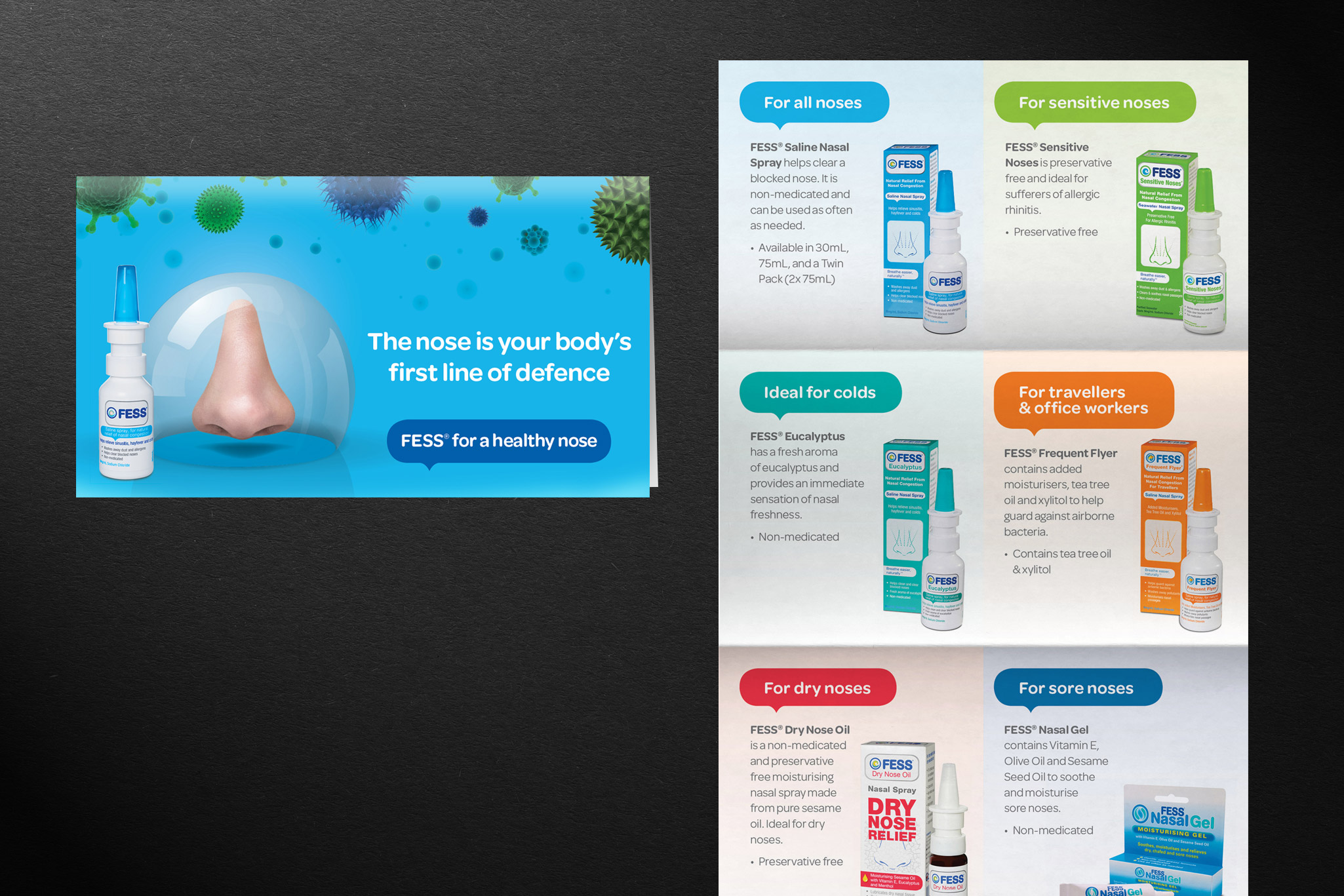 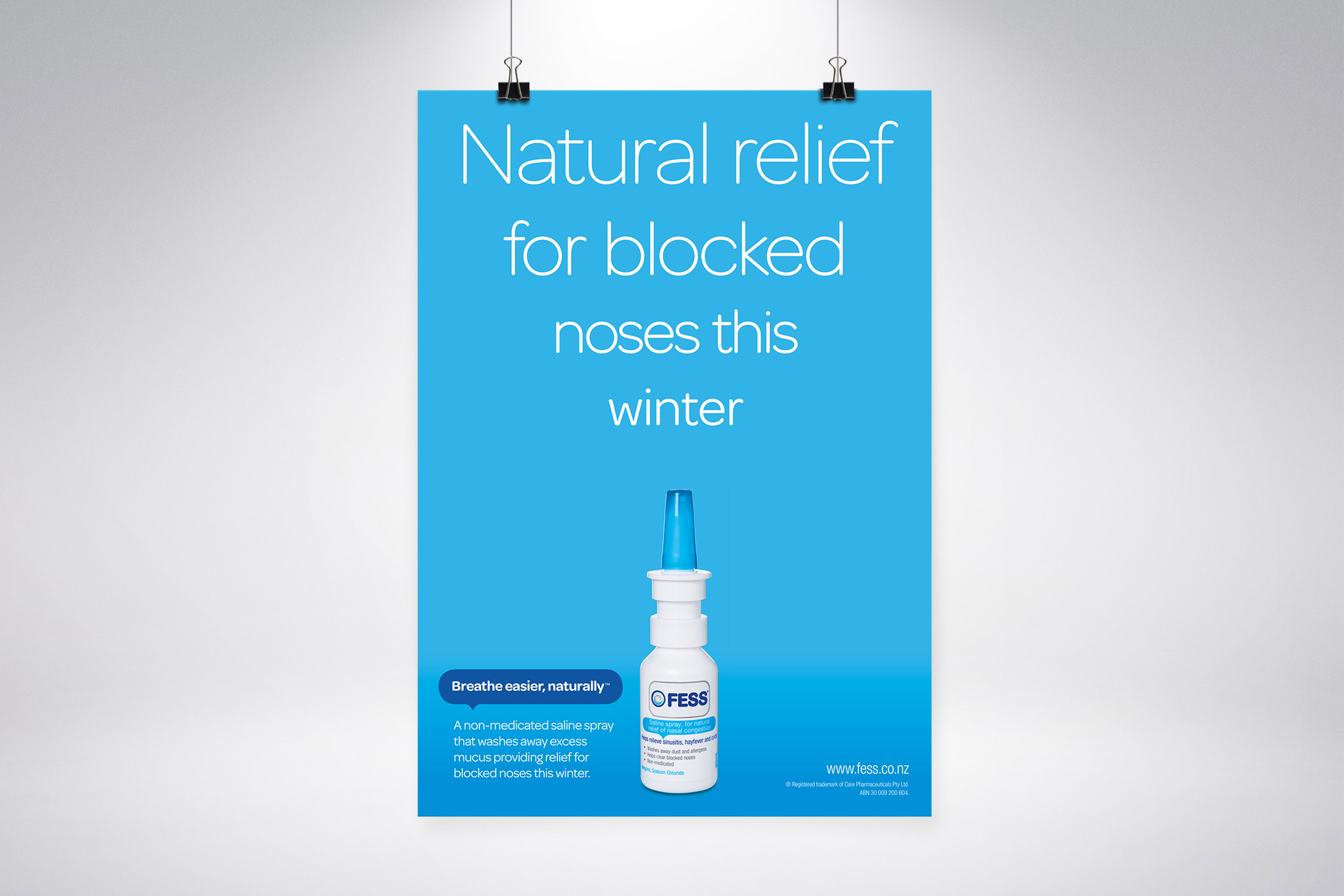 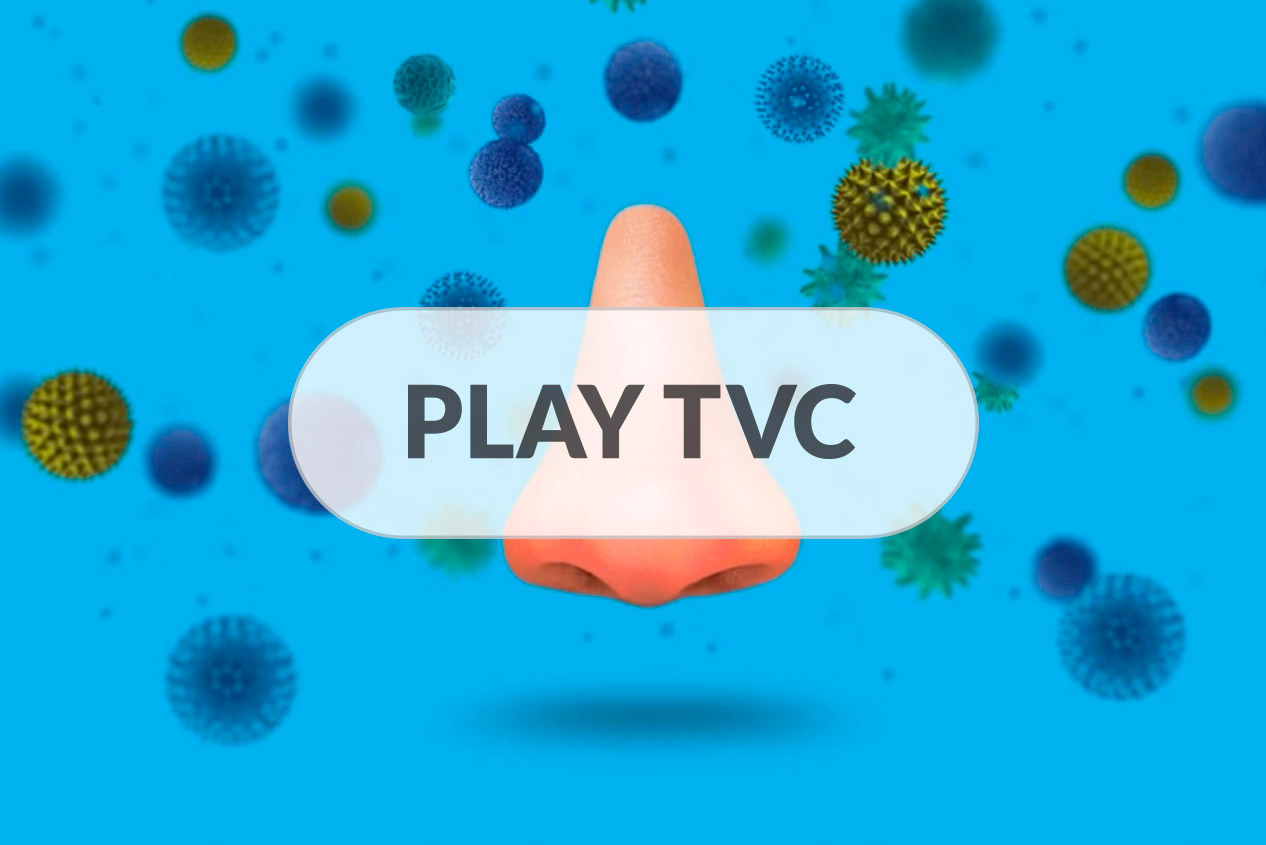 NMG worked with Care Pharmaceuticals on their latest campaign for the Fess range of nasal sprays and cleansers. The creative was developed for both the Australian and New Zealand Markets, but different pieces of the same campaign were used for each.

We developed the creative concept and then executed this across many campaign elements. For Australia we developed short animated web video designed to explain to consumers how Fess Nasal Sprays worked. We then adapted and shortened this into a 30 second ad for New Zealand television.

The campaign encompassed magazine and website ads, bus ads, pharmacy POS as well as consumer and trade brochures. The campaign was considered a great success by our client.